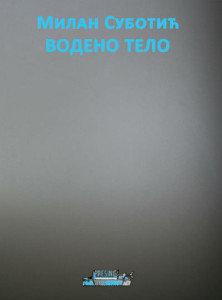 When we discuss Милан Суботић’s book Body of Water it is important to point out all the aspects from which the author himself takes on the task of portraying contemporary society, as well as the techniques he uses to shape the text itself. We notice from an early stage the presence of fear, stone, and a problem of identity. In the modern world, fear is presented as a source of manipulation, thus affecting all possible boundaries, which is asserted in the following passage: “Fear is a great enemy of our society. Beware of fear, because it can lead you fearful places” (Суботић 2013: 5). The fear Being has in himself, which is constructed in the manner of Rabelais, has the function of debilitating human capabilities.

The stone motif is an important segment of not only of the “Destiny’s destiny” chapter, but for the individual himself, because by describing the stone, the narrator implicates the significance stone has in traditional culture. The stone symbolizes “Hardness, resilience, firmness, immovability, it is unsusceptible to changes, and is interpreted in folk cosmology as a bearing, foundation, the essence and the axis of the world” (Толстој, Раденковић, 2001: 257). Having in mind the listed traits, it does not come as a surprise that stone holds all the secret’s of the world, and if stone were to disappear, humankind would disappear as well.

The problem of identity is one the main characteristics of modern man who is becoming a tool for the accomplishment of another’s goals, which is best evident in the following lines: “I do not know my name. I know I was told, but that name had been given to me by others, which does not make it my name. There will always exist something foreign that they will try to attach to me” (Суботић, 2013: 10). The narrator is aware of a third person controlling his life, but there is also the sense that a disturbed world compels the narrator to ask himself who he really is, or whether he is someone else. A man is not defined by his identity, since it can be supplanted, but his physical appearance, i.e. his material form. It is unalterable. Over time, the human facial expression has attained a shapeless look and was overtaken by a void. The entire work is interwoven with the narrator’s questioning and uncertainty in his own existence.

The chapter “Tea party” is made of silhouettes; it is undetermined, foggy… The very act of the narrator’s leaving the story and being substituted by a third person, is evidence of an altered perspective, and the flow of narration as well.  The unusual fact is that the potential speaker is not given the role of the narrator, but he is merely the “witness of the prosecutor,” which represents a toying with the novel’s characters.  The fact that the potential narrators are the “witnesses of the prosecutor,” and even that they are enumerated, serves to portray the removal of the narrator from the work of literature i.e. his role has become minuscule, and his competencies are of no great importance for the survival of the literary work. The plot takes on the role of a trial hearing. It is important to point out that the literary text is open, and in some segments, even lost, as was the case with the opus of Драгутин Илић, Милорад Павић, and Горан Петровић. What sets Body of Water apart from other literary texts, is the well defined presence of a throng of narrators, and a simultaneous wish for the absence and the disappearance of the text itself. The narrator cherishes a world without any codes of conduct, of imposed norms that do not guarantee a better future, but which remain present in the social system, because that social system had decided so.

Body of Water harbors childhood reminiscences through a letter which is likewise written in a distorted, atypical, epistolary form. The relationship between the father and the son is impossible to define since everything is vague, not much is known, since the two have never met for they maintained their relationship through letters they sent to each other. Under such circumstances we see most clearly the estrangement of the family members, the dilapidation of the family, an utterly dull and frigid climate which is dominated by the felling of being estranged. The mind of the narrator changes gradually – we wishes to take care of the fish because he wishes to fell useful in an otherwise useless world, they represent to him metaphors of memories, but the fish transform into frogs which corresponds to the gradual transition from the senseful (the world of fish, of wide areas covered with water) into the senseless (frogs, ponds) and into the depreciation of the memories we carry in ourselves. Namely, the frog is a border animal (Раденковић, 1996: 159) between this world and that world, and it represents the journey from remembrance toward oblivion.

The dream has an important role in the life of the narrator. Its main characteristic is its frequency, the fact it each time appears unaltered, it represents the narrator’s suppressed memories, the presence of the irrational, human duality and it places the soul in the center of the individual’s inner world. Dream is as other elements from this world characterized by the forgetting of the most essential of things, since they contain a treasury of the most valuable knowledge which is the hardest to reach. The story “The Great Hall” is characterized by a distorted angle of perception of reality, which results in depersonalization and dehumanization – typical traits of postmodernism. The chapter “Right hand” could be compared with “The Stories which had Lost Balance” of Stanislav Vinaver, because they share similar approaches to reality, to the shunning of the environment in which they are in, while the protagonists lose all their virtues because they are cruelly taken from them by society. Through the relation between the text of the philosopher and the journalist, we perceive a will to power, because the philosopher analyzes the world from the point of view of science to provide him with authority in that world, while the journalist perceives human destinies as scandalous in a wish to increase the print run. While the two dabble with personal gain, the poet deals with the image of society, and accordingly points out that (Суботић, 2013, 44), which means that while the public loses time over individual things for personal gain and destroy everything through that pointless game, common man is left to fight for survival because he had become a mere puppet of great leaders, and his only refuge are his dreams, until he gets deprived of them too.

We see “Old Reminders” every time we turn on the TV. They are the miserable, almost illiterate world which had assumed the role of governing the life of the individual, for they get great personal benefits from such governance. Those illiterate crowds write the rules of how to behave properly, which in terms destroys all codes of value. They are nothing more than preachers who lead the blinded majority straight to the bottom. In this chapter, there exist concise and effective description of the state of mind of the modern individual and the machinery called mass media which regulates our everyday lives and is hard to resist.

“Rules of decent behavior” serve to portray a singularity, the lack of wish to move up in the social ladder, apathy, utter censorship, because a person is requested to do as told, without any deliberation, let alone resistance. Today it is necessary to blend with the masses because that is the only way one can control the world. The rebels would say: “Rules are there to be broken,” especially the imposed ones. Body of Water makes a sequence which starts with “Terrible News,” goes through a wide range of interests close to human existence, questions them, and in the end judges them in the final act entitled “Warning” which underscores not only the importance of the individual for society’s sake, but for the sake of itself since the individual is the one needs to take reins of his or her own life. The possible manipulations lead to the act of un-knowing oneself, to the image of the individual as a moral chameleon that must accept the imposed rules of the game, since it is of little importance what a single man wishes to say, but what the society has to say.  Man is not asked whether he wishes to be born, and once deprived of the possibility of choice, it is requisite to at least leave him to organize his own life, since that is the only path to true happiness, and more importantly, to true integrity.

Марија Живковић(Сомбор, 1991), graduated from the Department for Serbian literature and language at the Faculty of Philosophy in Novi Sad. She writes essays. She presented her review of Body of Water at the book promotion in club „Зрно“ in Novi Sad in June 2014. 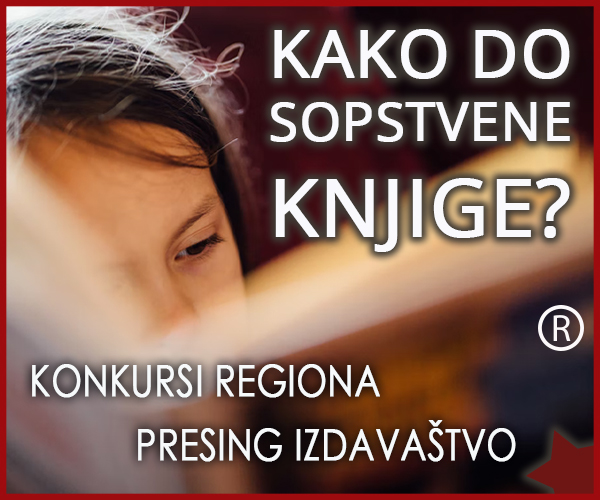 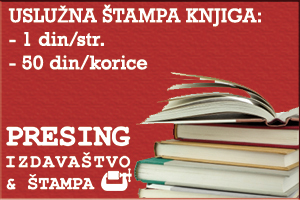